The digitalization of business is moving at an accelerated pace. As a result there’s an increased focus on the role that artificial intelligence and machine learning play in the future of the workforce.

With 60% of jobs containing roughly a third of technically automatable tasks, it’s only natural that we’re taking a look at ourselves and asking:

“Do I have skills that a machine doesn’t? And if not, which skills do I need to stay competitive?”

What are machines good at?

Let’s be direct – even today, there are certain tasks, notably handling data and repetitive processes, at which machines excel. From manufacturing to data processing, the facility for computers and robots to drive efficiency within a business is something you can’t ignore.

The number of hours we spend at work doing physical, manual tasks is predicted to drop by 14% by 2030. While those tasks requiring ‘basic cognitive functions’ will see a reduction in hours of 15% over the same period. The impact on the job market is obvious – those without skills that cannot be replicated by machines are going to be redundant – in every sense of the word.

What are machines bad at?

So, where does it leave us? Well, there’s good news and it comes in the form of the phrase ‘emotional intelligence’. While humans are not very good at holding thousands of lines of data in their head or assembling 1000 cars an hour, they have a massive advantage over machines.

Being human. McKinsey forecast that while 6% of US and European organizations expect their workforce to shrink as a result of automation. A much higher percentage (17%) expect it to grow – so where are these new jobs coming from?

Sales – A real Opportunity for Growth

Sales-related jobs are one area where there is a real opportunity for growth – providing teams are properly prepared. It’s crucial that we understand that the skills which drive sales success today are not necessarily going to be relevant tomorrow. Significant planning is now essential to empower tomorrow’s success.

Soft skills – Engaging with other humans!

There are two main areas of expansion, which can be loosely grouped as either ‘technical’ or ‘social’. The former requires specific skills that either develop or leverage the new technologies, in fields such as data analysis, software development, e-commerce, and social media. The latter – the ‘social’ jobs – leverage our humanity, the fact that on a basic, primal level we like engaging with other humans.

Areas that are forecast to see significant growth include customer service, sales, marketing, training and development.

What’s interesting to consider is that these roles will not develop despite technological disruptors, but rather because of them. By taking advantage of a machine’s skill at repetitive, mundane tasks, we will find opportunities to free up significant time to leverage our social skills in the workplace. When we talk about AI it’s important to define its limitations. AI can learn, can evolve based upon predetermined conditions, but it is still fundamentally based upon a logical algorithm. And humans are anything but logical. Ask anyone who’s ever made an impulse purchase. We make decisions based on emotions as much as reason and humans are better equipped than machines to understand illogical decisions.

So, the future’s bright? Well, yes, but with one massive caveat. These areas of workforce expansion – whether technical or social – rely upon one significant assumption. Training. Without intelligent, adaptive re-skilling and up-skilling, across a broad and ever-changing range of roles, humans will not be equipped to exploit the advantages that this technological evolution offers. It’s no good equipping a sales team with a state-of-the-art CRM solution unless they have the relevant expertise to get the most from it.

To stay competitive, companies need to embrace technological disruptors as enablers, not obstacles – but that’s going to require some urgent preparation to stay ahead of the curve. To do this will require training that is flexible, modular and above all adaptive.

The Henley-In-Arden apprenticeship team welcomed CEO Frank Herbertz to the offices on Wednesday afternoon. High on the agenda were discussions 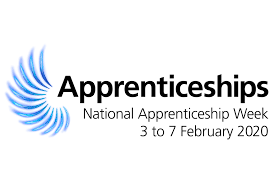 Apprentices: Making an Impact on Your Organization not Tea! What will we as an organization gain by recruiting learners onto

We look forward to working with you in 2020 as we celebrate 60 years of Mercuri. Talk to us about